All daily entries from December 2018, collected at my Twitter profile and gathered here in one post published nearly a year later. 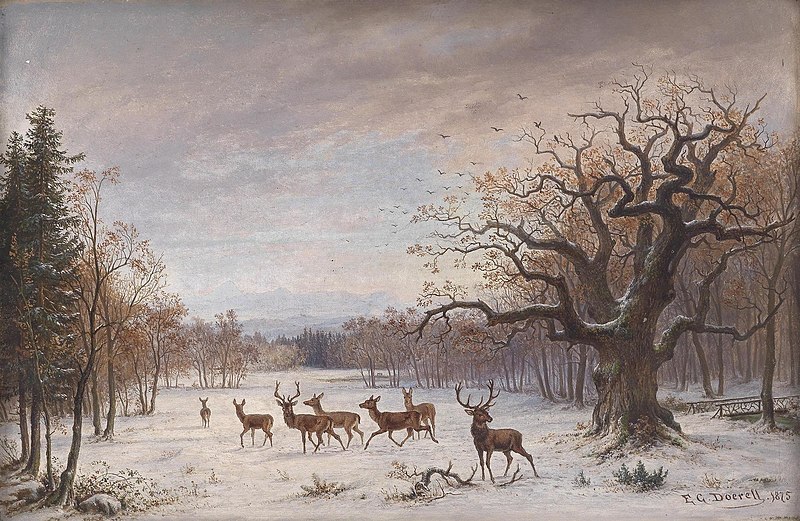 The Return of the Queen essay is published.

Fëanor, the greatest Elven craftsman and creator of the Silmarils & Aerion Targaryen, the Mad Prince who drank wildfire, share some similarities. Aerion was called “Brightflame”. Just like Feanor: Fëanor was made the mightiest in all parts of body and mind: in valour, in endurance, in beauty, in understanding, in skill, in strength and subtlety alike: of all the Children of Ilúvatar, and a bright flame was in him (from The Silmarillion by J.R.R. Tolkien).

In LOTR, Isildur dies in an ambush at the Fields of Gladden, in AGOT, Beric Dondarrion’s party is ambushed in a similar manner, by the Mountain. Among Beric’s companions, we find Ser Gladden Wylde. (This skirmish is featured in the opening sequence of LOTR: Fellowship of the Ring movie). Isildur had a squire who saved the shards of Narsil, the Sword that Was Broken – at the Battle of the Mummer’s Ford, Ned Dayne pulled Beric from the river. Isildur was less fortunate.

There are numerous parallels between ASOIAF House Durrandon and LOTR House of Durin. For example, Duran Godsgrief supposedly lived for millenia, just like Durin the Deathless. Another Durrandon monarch, Duran Ravenfriend, might be a reference to the famed friendship between House of Durin and sentient Ravens of Erebor (The Lonely Mountain).

oday, I’ll share one of JRRT’s poems. I believe many ASOIAF ideas about ‘weirwood stigmata’, ‘silent scream’ and MelanieLot7 ‘s ‘Silenced Women’ motif were inspired by Quickbeam’s lament for his rowan-tree.

We find many references to The Tale of Beren and Luthien in ASOIAF – names like Daeron, Beren, Berena, Melian, or thematic parallels between Sansa & Luthien and Sandor & Huan the Hound of the Valar (The Tolkienic Song of Ice and Fire: Sansa & Lúthien).

The Second Week of Advent 2018

The TWOIAF passage where Queen Rhaenys and Meraxes burn Planky Down is probably a reference to The Hobbit, where Smaug destroys Laketown (Esgaroth).

The Barrowlands of the North are likely a reference to Barrow-downs from LOTR, and GRRM’s wights might have been inspired by JRRT’s Barrow-wights.

The Grey King and the tree-hit-by-lightning myth might have been influenced by The Silmarillion passage where Sauron defies Manwe, Lord of the Valar.

Some aspects of The Seven might have been inspired by Tolkien’s portrayal of The Valar, while the drowned god of the Ironborn might owe something to Ulmo.

Castamere might be named after Castamir, the usurper king of Gondor You can learn more about Castamir from my A Brief History of Gondor essay.

The sigil of House Hightower, and the title of its head – The Beacon of the South – are probably references to LOTR and the Beacons of Gondor (The Tolkienic Song of Ice and Fire: Minas Tirith and the Hightower).

The Jade Empire essay is published.

Ser Theodan Wells of the Warrior’s Sons is likely named after King Theoden of Rohan from LOTR.

Westeros and Essos have it mysterious “black oily stone”. Middle-earth has its black and gleaming stone used by Numenoreans and the Dunedain to build the Tower of Orthanc in Isengard (Saruman’s seat) and to raise the first circle of Minas Tirith.

Did you know that there was a Long Night in Tolkien’s universe? The Long Night of Valinor was caused by Morgoth, the first Dark Lord, who treacherously pierced the Two Trees with his spear.

The creation of Coldhands the ranger might be GRRM’s response to JRRT’s Tom Bombadil. There are many parallels between the two… Or rather, inverted parallels.

It’s possible that Lord Hoster Tully’s funeral, described in “A Storm of Swords”, was inspired by Boromir’s funeral in “The Two Towers”. Whatever the case, I find the language very similar…

In Westerosi history, there were two major ship burnings – Brandon the Burner’s and Nymeria’s. It’s possible they were based on Feanor’s burning of the Teleri fleet of Swan-ships in The Silmarillion (which, in turn, was based on Tuatha Dé Danann’s ship-burning upon their arrival in Ireland in Lebor Gabála Érenn – “The Book of Invasions”).

There are some interesting parallels between Tywin and Denethor II, the Steward of Gondor – Boromir would be Jaime, the favoured son, Faramir would be Tyrion, the second son and Finduilas would be Joanna after whose death the Hand of the King/Steward became bitter. Aerys’ pyre is probably supposed to echo Denethor’s funeral pyre.

The Fourth Week of Advent 2018

Westeros has its pairs of extraordinary swords: Oathkeeper & Widow’s Wail and Blackfyre & Dark Sister. Middle-earth has its twin blades: Anguirel and Anglachel, forged by Eol the Dark Elf from black meteoric iron. Anglachel was later reforged as Gurthang, Iron of Death, and its owner was Turin Turambar the Blacksword. Anguirel was stolen by Eol’s wife Aredhel and their son Maeglin, who later became known as the traitor who betrayed Gondolin, the Hidden City, to Morgoth. Gurthang is in a way a Dark Lightbringer, for “though ever black [was the blade] its edges shone with pale fire (from The Silmarillion).

In ASOIAF, the founders of House Dayne followed the trail of a falling star until it landed in a place where they’ve raised Castle Starfall. In “The Silmarillion”, the Edain followed the Star of Eärendil until they’ve reached the Isle of Elenna, where they founded the Kingdom of Numenor. I explore Tolkien’s symbolism based on Venus (The Star of Eärendil) and its impact upon ASOIAF in my Eärendil, Bearer of Light essay.

Thus, Advent Calendar 2018 comes to an end. Thanks for reading and sharing my tweets and essays, and for all kind words. Merry Christmas!

The Tolkienic Song of Ice and Fire

Bluetiger’s essays exploring how  the works of J.R.R. Tolkien influenced A Song of Ice and Fire

THE AMBER COMPENDIUM is a project dedicated to exploring mythological and literary influences on GRRM’s A Song of Ice and Fire, notably J.R.R. Tolkien’s Legendarium.

Essays and translations published here might contain spoilers from the Game of Thrones TV show and A Song of Ice and Fire books by George R.R. Martin (+ related works, such as The World of Ice and Fire, The Tales of Dunk and Egg and other novellas).

A Disclaimer on Copyrights

Obviously, the copyrights to all excerpts from books, interviews and other publications I have quoted on this blog for the purpose of literary analysis belong to their respective holders.

This blog, written by a fan for fans, is not in any way associated nor affiliated with the aforementioned persons or entities.

The Tolkienic Song of Ice and Fire: Sailing to the Uttermost West

After a long break, The Tolkienic Song of Ice and Fire returns with a brand new essay on the motif of “sailing west” and The Undying Lands – Sailing to the Uttermost West.

The Fate of Frey

Bluetiger’s essay on some parallels between A Song of Ice and Fire and Norse Mythology. Please check out The Fate of Frey!